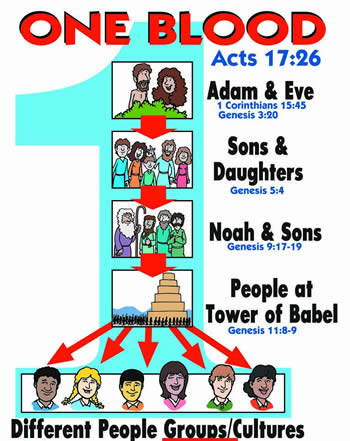 Q. Did the children of Adam and Eve commit incest?

A. Sometimes I get the question “Who was Cain’s wife?” or “Where did Cain get his wife?” The answer is the same: Cain married either one of his sisters or nieces. So in today’s terms the children of Adam and Eve committed incest, but that was not considered a sin until the Law of Moses came some 2,500 years later. Let me elaborate:

All mankind descended from Adam and Eve. God did not make other men and women beside them:
• Gen 3:20 Now the man called his wife’s name Eve, because she was the mother of all the living.

Adam and Eve had other children besides Cain, Abel and Seth:
• Gen 5:4 Then the days of Adam after he became the father of Seth were eight hundred years, and he had other sons and daughters.

God commanded Adam and Eve to fill the earth. By extension this applied to their children too, since they could not do this by themselves.
• Gen 1:28 God blessed them; and God said to them, “Be fruitful and multiply, and fill the earth, …

Now who were there to be husband and wife to each other? Only brothers and sisters initially, and for the next generation, cousins.
• Gen 4:17 Cain had relations with his wife and she conceived, …

Wasn’t that forbidden? Not in the beginning, because at that time there were no one else around! The prohibition came later to protect the human race. Adam and Eve were created perfect, but with the Fall and the curse, the whole creation was subjected to futility and corruption (Rom 8:20-21). Bad mutations developed and the gene pool deteriorated. A child gets his/her genes from both parents. When both parents are blood relatives, defects are amplified, resulting in deformities. That’s why God forbade sexual relations among blood relatives:
• Lev 18:6 ‘None of you shall approach any blood relative of his to uncover nakedness; I am the LORD.

However, that came 2,500 years after Adam and Eve. In the early days, there were little bad mutations and deterioration, demonstrated by the longevity of our first ancestors (Gen 5). With the passage of time, genetic defects accumulated, population increased, and God gave the law to prohibit the practice. So technically the children of Adam and Eve committed incest, but that was permitted in early human history.