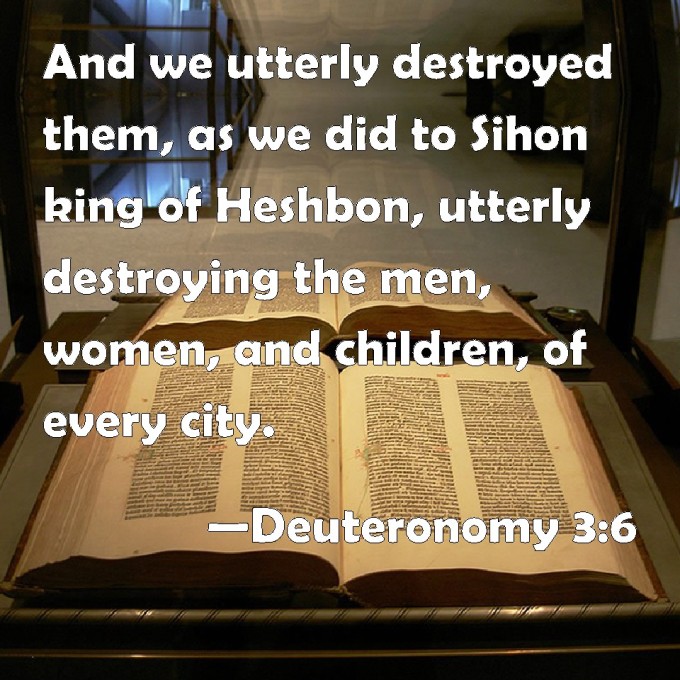 Q. Why did God command Joshua to exterminate the Canaanite children? I understand the adults were depraved idolaters, but infants? What have they done? Isn’t that cruel? Even barbaric?

A. This is difficult to understand as some felt God was a moral monster who ordered the genocide. He commanded the Israelites to utterly destroy the Canaanites and Amalekites, including infants:

I believe God gave this command to spare the children from something worse – being raised to become adults just as evil as their parents and deserving hell. Although babies are born sinners, God in His mercy gives grace to those who die in infancy, when they are too young to know right from wrong and exercise free will to trust God. He imputes Christ’s righteousness to those who do not have the capacity to repent and believe the gospel, and they are accepted into heaven.

When God punished David for his adultery with Bathsheba by taking away their son, David said,
• 2 Sam 12:22-23 “While the child was still alive, I fasted and wept; for I said, ‘Who knows, the LORD may be gracious to me, that the child may live.’ But now he has died; why should I fast? Can I bring him back again? I will go to him, but he will not return to me.”
God was not punishing the baby as he was innocent of David’s sin. He had already taken away David’s sin (v 13), so David was not going to hell. The child will not return to David i.e. be raised to life again. But David will go to him i.e. to heaven. The last step is implied based on NT revelation.

So despite the apparent cruelty, God was in fact compassionate towards the Canaanite children by preventing them from a worse fate in hell.

2 thoughts on “Is God Barbaric?”