A. They based the age of the earth on chronologies in the Bible. Different authors have written on this approach, with some variations in the results depending on which manuscript was used, but they are all in the range of thousands of years, not billions. The most famous is Archbishop Ussher, who wrote The Annals of the World in 1650. 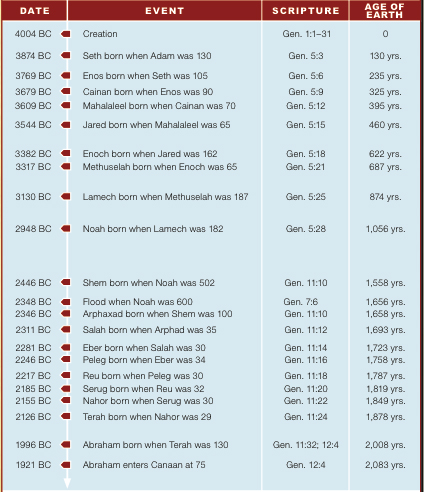