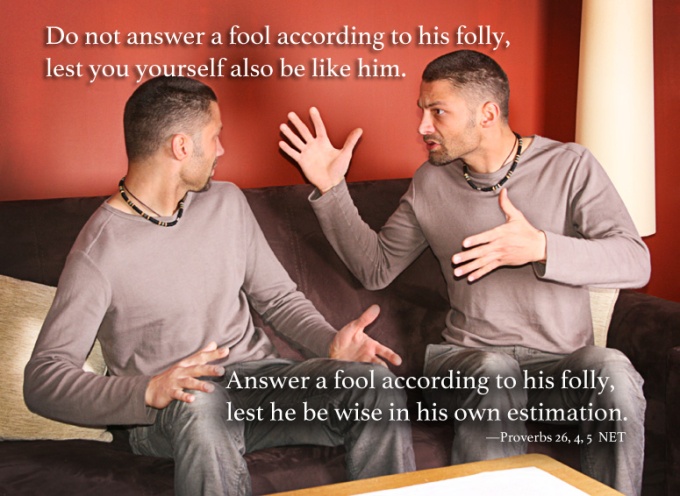 A. No, it is not a contradiction, but a paradox. This passage tells us to be wise by responding as the situation dictates.

* Prov 26:4-5 Do not answer a fool according to his folly, Or you will also be like him. Answer a fool as his folly deserves, That he not be wise in his own eyes.

In general, don’t waste time arguing with a fool, or you’ll descend to his level arguing back and forth in a silly squabble. Ignore him.

However, if it becomes necessary that you do have to answer him, use his own arguments back on him. Let him have a taste of his own medicine, so he’ll know how stupid he really is. Otherwise he’ll think he’s so smart.

So it depends on the situation, not a hard-and-fast black-and-white.