Q. What is the meaning of 1 Co 5:5 deliver such a one to Satan for the destruction of the flesh, that his spirit may be saved in the day of the Lord Jesus. Does it mean sinners will have to go through earthly punishment for their sins? But Jesus has died for our sins if we repent of our sins!

A. Interpretation depends on context. Who does “such a one” refer to? Not sinners in general, but the one identified in 1 Co 5:1 in particular:
• 1 Co 5:1 It is actually reported that there is immorality among you, and immorality of such a kind as does not exist even among the Gentiles, that someone has his father’s wife.
That individual committed gross immorality, incest with his father’s wife.

Paul’s judgment is given more fully in the AMP and EXB:
• AMP You are to deliver this man over to Satan for physical discipline [to destroy carnal lusts which prompted him to incest], that [his] spirit may [yet] be saved in the day of the Lord Jesus.
• EXB then hand this man over to Satan. So his sinful self will be destroyed [sinful nature will be purged; or body/flesh will be destroyed; or body will be beaten down by sin], and his spirit will be saved on the day of the Lord.

Paul wanted to save his spirit, but to do that his sinful nature need to be destroyed. He wanted him to repent, and in order for that to happen he must be disciplined physically, so that he won’t perish spiritually. It does not mean sinners have to go through earthly punishment, nor purgatory as believed by Catholics. Christ died for our sins:
• 1 Co 15:3 For I delivered to you as of first importance what I also received, that Christ died for our sins according to the Scriptures,
• 1 Pet 3:18 For Christ also died for sins once for all, the just for the unjust, so that He might bring us to God, having been put to death in the flesh, but made alive in the spirit;
We do not have to pay for the penalty of our sins ourselves. 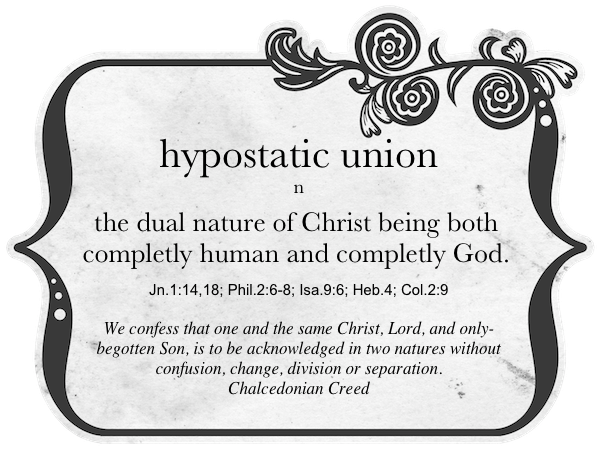 Q. All Christians should have experienced what Paul felt regarding the struggle between the two laws inside him (Rom 7:21-23). Some say that Jesus appeared to be well aware of His Dual Nature, e.g. Satan repeatedly reminded Him as Son of God in the temptation, but He refused to perform miracles and willingly subjected Himself to the trial as a man. Another example is when Nathaniel affirmed Him as the “Son of God”, He replied using the term “Son of Man” (Jn 1:49, 50). Hence the conclusion is Jesus’ Dual Nature is in perfect harmony, so unlike Paul and us, there is no struggle. Is this true? How about His agony in the Garden of Gethsemane?

Your question reminded me of a very controversial movie years ago, “The Last Temptation of Christ“, which depicted a very human Jesus struggling with his self-identity. The film, based on a novel, showed Jesus to be uncertain of his role, and suffered internal conflicts between his being called by God and his human desires. Nothing is further from the truth, as the Gospels indicate that He was never in doubt as to who He was, even at the age of 12 when His parents lost Him in the Temple:
• Lk 2:49 And He said to them, “Why did you seek Me? Did you not know that I must be about My Father’s business?”

Then what about His agony in Gethsemane? Let’s examine what the Bible says. His agony is recorded in all 3 Synoptic Gospels: