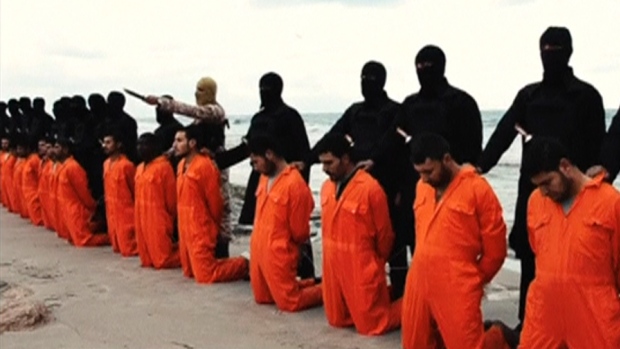 Let’s check the candidates against the clues:

1. The Babylonian empire did sit over many nations. While immorality is true of many dynasties in world history, of the 293 times the name Babylon appears in 260 verses in the NASB, the main characteristics were arrogance, idolatry, cruelty etc., not immorality, except in Revelation where it is figurative and may not be referring to literal Babylon. Babylon conquered Judah and led the captives away, persecuting the Jews, but it most definitely is not where the Lord was crucified.

2. The Roman Empire also sat over many nations, and secular historians agreed that Rome was immoral. But, if the beast on which the woman rode is already the revived Roman Empire, the woman herself cannot be Rome, unless she is the apostate RC Church, committing spiritual adultery through the ages, as well as having an illicit liaison with the Antichrist’s one-world government in the future. Rome did persecute the early church before adopting Christianity as the official religion, and later on Catholics persecuted Protestants during the Inquisition. But again, Roman was not where the Lord was crucified, except as some argued that it was Pilate’s Roman soldiers who executed the crucifixion.

3. God Himself called Israel and Judah (Jerusalem) harlots – Jer 3:8-9 And I saw that for all the adulteries of faithless Israel, I had sent her away and given her a writ of divorce, yet her treacherous sister Judah did not fear; but she went and was a harlot also. Because of the lightness of her harlotry, she polluted the land and committed adultery with stones and trees, but in what sense is she sitting on many waters? One possibility is that the Jewish Diaspora is scattered among many nations. Also God endowed His chosen people such that many are among the world’s top financiers and scientists, dealing with the kings or rulers of the earth.

As to being partners with the Antichrist who will later turn against her, it fits in with the first three and a half years of the Great Tribulation when Israel will form a covenant with the Antichrist, who then breaks it (see Dan 7:25; 12:7). What about being drunk with the blood of saints? That fits too with:
• Lk 11:50-51 so that the blood of all the prophets, shed since the foundation of the world, may be charged against this generation, from the blood of Abel to the blood of Zechariah, who was killed between the altar and the house of God; yes, I tell you, it shall be charged against this generation.’ (See also 1 Kings 19:10, 14; Rom 11:13)
And of course the Lord was crucified outside Jerusalem.

So of the three suggestions, apostate Jerusalem fits the clues best. This is in contrast to the woman in Rev 12:1-6, who symbolizes the believing Messianic community.

Now, if Babylon is apostate Jerusalem, it cannot be Iraq at the same time. But then why am I saying ISIS is a sign of the end time? It has to do with:
• Rev 20:4 Then I saw thrones, and they sat on them, and judgment was given to them. And I saw the souls of those who had been beheaded because of their testimony of Jesus and because of the word of God, and those who had not worshiped the beast or his image, and had not received the mark on their forehead and on their hand; and they came to life and reigned with Christ for a thousand years.

Of all the atrocities committed by ISIS, the most heinous got to be the public beheading of Christians who refused to recant their faith in Jesus. Beheading is a barbaric method of execution that has gradually been banned throughout the world, but practiced in Sharia (Islamic) law. In recent years both Al Qaeda and ISIS used beheading as a terrorism tactic. While this recruited some fanatical mujahideen (jihadists), it also repelled many Muslims and drove them to Christ. It is for this reason I believe ISIS to be a sign of the end times.