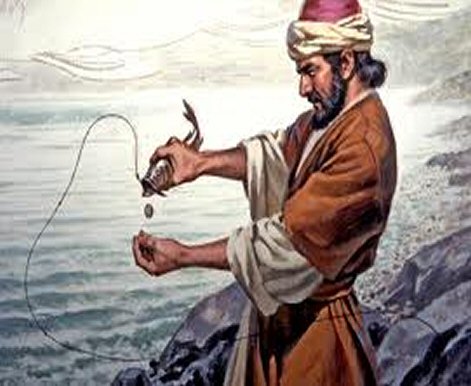 (4) Did the disciples need to pay this temple tax? The following summarizes opposite views:

YES
• Since they were Jewish males aged over 20, they need to pay
• Jesus’ parable only gave exemption to the sons of the king, not other family members or servants
• The disciples hadn’t received the Holy Spirit yet & hence needed redemption. Also salvation was not by default given by Jesus to all disciples or else Judas Iscariot wouldn’t fall from grace.

Which view is more convincing, or in effect is this irrelevant because no matter what, the tax collectors will still consider Jesus and also these disciples had a duty to pay the tax?

I think we should draw our conclusion first from the text, and only secondarily from other passages. Let’s go back to Jesus’ answer.

He said, “Then the sons are exempt. However, so that we do not offend them, …” (Mt 17:26-27a). By using “we” instead of “I”, Jesus was including Peter in “sons”. The implication is that Peter, and by extension to other apostles, are “sons of the King” and not strangers, and therefore do not have to pay customs or poll-tax. I therefore side with NO, the disciples do not need to pay. They paid to go above and beyond what was required, not out of necessity, but to fulfill all righteousness.

I also agree that this is perhaps a moot point as outsiders may not see this, and would consider Jesus and His disciples have a duty to pay the tax.

Postlude. I dealt with this passage at considerable length to illustrate the proper use of rules of interpretation – observation, context, both immediate and broad from other Scriptures, exegesis vs. eisegesis etc. Studying the Bible is not a matter of private interpretation (2 Pet 1:20), saying what you want and justifying it by quoting verses out of context. I hope everyone, especially Sunday school teachers, would learn basic hermeneutics well before they teach either verbally or in writing. And I hope if you have rightly divided the word of truth (2 Tim 2:15) you will share it with others.