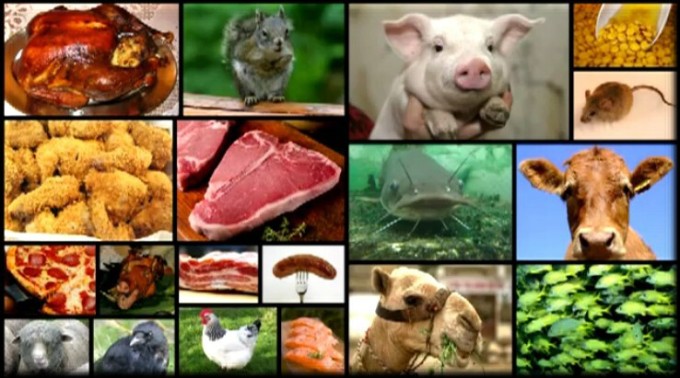 Q. I understand your point about Christians not being subject to Jewish food laws. But why would God give the Jews the laws in the first place and lift the restrictions later? Why bother? What’s the point?

A. Lev 11 and Deut 14 give only the criteria for determining which land and water animals and insects are clean, and list clean and unclean birds without giving the rule. They did not give the specific reasons why God declared certain foods clean and others unclean. Some commentators believe the purpose is in v 44, to set the Israelites apart:
• Lev 11:44 For I am the LORD your God. Consecrate yourselves therefore, and be holy, for I am holy. And you shall not make yourselves unclean with any of the swarming things that swarm on the earth.

This was certainly the case for Daniel and his 3 friends:
• Dan 1:8 But Daniel made up his mind that he would not defile himself with the king’s choice food or with the wine which he drank; so he sought permission from the commander of the officials that he might not defile himself.
but then shouldn’t Christians be set apart too?

Others believe certain animals e.g. pigs are used as sacrifice in pagan worship and God forbade the Jews to follow their example and eat the meat. This may be true for some animals, but does not explain the prohibition for many other land, sea and air creatures not used in pagan sacrifices.

In hindsight, we can make some educated guesses based on hygiene:
• Some land animals are hosts for parasites e.g. pigs; others are disease carriers e.g. rodents;
• Some water creatures are bottom feeders e.g. shellfish and have high cholesterol bad for our health;
• Some birds are predators e.g. eagles, kites, falcons etc. or scavengers e.g. vultures, buzzards, ravens etc. and carry all kinds of bacteria.

In general the restrictions protected the health and welfare of the Jewish people. But if there are intrinsic health concerns about the unclean foods, why would God lift the restrictions for Christians? Why didn’t He continue to ban them?

Some scholars suggest the principle of progressive revelation. Just as we provide lots of rules for children for their protection but gradually relax them as they grow up, God kept His people from certain foods until they learned to discern for themselves. Others believe the foods are clean in themselves provided you cook them properly. God placed the restrictions on the Jews to teach them to obey even though they may not know the reasons behind the prohibitions. He wanted them to trust Him, not the reasons. Or it could be all or none of the above. The Bible simply did not spell it out fully.