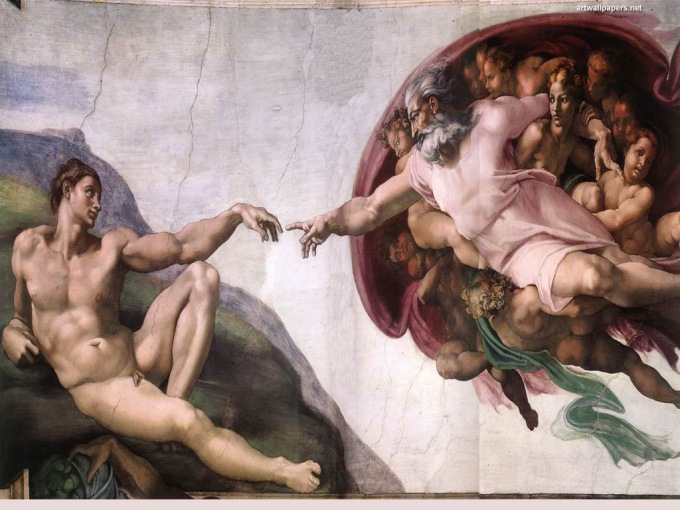 Q. What does “we are created in God’s image” mean?

A. The phrase “image of God” appears only three times in the NASB but is not explicitly defined:

Whatever it means, it could NOT be referring to physical appearance as God is spirit and does not have flesh and bones:

• Jn 4:24 God is spirit, and those who worship Him must worship in spirit and truth.”
• Lk 24:39 See My hands and My feet, that it is I Myself; touch Me and see, for a spirit does not have flesh and bones as you see that I have.”

Though undefined, there are clues:

1. “Image” and “likeness” are used interchangeably;
• Gen 1:26 Then God said, “Let Us make man in Our image, according to Our likeness; …
• Gen 5:1 This is the book of the generations of Adam. In the day when God created man, He made him in the likeness of God.
• Jas 3:9 With it we bless our Lord and Father, and with it we curse men, who have been made in the likeness of God;

Theologians have therefore suggested possibilities based on God’s attributes. For example,
• God is Creator (Gen 1:1). Since we are created in His image, we are creative.
• God communicates (Jn 1:1); therefore we communicate too.
• God is love (1 Jn 4:8, 16). Being created in His likeness, we are loving.
While it is true that we are like God in some, though not all, of His attributes, I am not fully satisfied that this is the answer, because many animals have some of these characteristics too e.g. intelligence, loving their young, even though they are NOT made in God’s image.

Furthermore, these are based on our deduction, not directly stated in Scripture. Accordingly I believe the stronger clues lie in Christ as the image of God, the exact representation of His nature (Heb 1:3):

• 1 Co 1:30 But by His doing you are in Christ Jesus, who became to us wisdom from God, and righteousness and sanctification, and redemption,
• Eph 4:24 and put on the new self, which in the likeness of God has been created in righteousness and holiness of the truth.

I believe the image of God consists of wisdom, righteousness, and holiness, among other attributes. I did not include redemption because it is unique to our Savior.

• Wisdom is a moral rather than an intellectual quality. To be wise is to fear God. To be foolish is to be godless. Animals can be intelligent, but they are not wise. No animals ever worship God. Only humans do.
• Righteousness is the character or quality of being right or just; being in a right relationship with God. Man can be righteous or unrighteous, but not animals.
• Holiness is being separated unto God, from evil things and ways. Again, sanctification applies primarily to man, though it is also used of sacrificial animals and objects dedicated to God’s use.

My opinion is that these constitute the major component of the image of God, among other elements such as morality, decision-making, aesthetics which are also true of man but not animals, but are not directly cited in the Bible. I believe these form part of the glory of God and are embodied in His image:
• 1 Co 11:7 For a man ought not to have his head covered, since he is the image and glory of God; but the woman is the glory of man.