Q. What does Revelation 3:10 mean and is it talking to the church in Philadelphia or to end-time Christians?

A. First, the immediate context is Rev 3:7-13, the message to Philadelphia. John was writing to a church in his days, not one over two thousand years in the future. So of course he was talking to the church in Philadelphia, although the message also applies to end-time Christians.

Second, the text:
• Rev 3:10 Because you have kept the word of My perseverance, I also will keep you from the hour of testing, that hour which is about to come upon the whole world, to test those who dwell on the earth.
Most scholars agree that the “hour of testing” coming upon the whole world refers to the Great Tribulation. But what exactly does “keep you from the hour” mean?

Those who believe in a pretrib rapture argue that since Jesus will keep the church from the hour of testing, not just the testing itself, He must snatch them away before tribulation begins, to avoid the time period altogether. Others note that the context is perseverance (v 10) and “hold fast” (v 11). Therefore the Lord’s keeping should mean protection as the church goes through the testing, because if they had been raptured away, then endurance would not be necessary.

Which is correct? There are precedents of both modes of protection in Scripture:
• Escape prior to judgment e.g. the angels whisking Lot’s family away before He rained brimstone and fire on Sodom and Gomorrah (Gen 19).
• Protection through the hour of testing e.g.
o Noah’s family in the ark during the Flood (Gen 7),
o The Israelites during the plagues (Ex 8:22-23; 9:4-7, 25-26; 10:23; 11:5-7; 12:12-13)
o Those with the seal of God on their foreheads (Rev 7:3, 9:4).
While we note that the latter is more prevalent and indicative of God’s pattern, the frequency of occurrence by itself is not definitive.

What about the historical and grammatical context? Although I subscribe to futurism (the view that most prophecies regarding the end times are still future) and not preterism (the view that some or all of the prophecies concerning the last days have already been fulfilled in the first century), I do believe the meaning to the original recipients holds significance to twenty-first century readers. How the Lord kept first century church of Philadelphia should inform us how He would keep the end times Philadelphian church, because His promise was first to the former and only secondarily to the latter. Was the first century church physically removed from the hour of testing, perhaps hidden in the wilderness? There is no historical evidence to that effect.

Grammatically, both “you have kept” and “I also will keep” translate the same Greek verb tereo, which means to attend to carefully, take care of:
• to guard,
• metaphorically to keep one in the state he is,
• to observe,
• to reserve to undergo something.
The Lord will keep the church the same way the church has kept the word of His perseverance. How did the church keep His word, by escaping or by persevering? By enduring through the trial, not by hiding.

Secondly, pretrib commentators argue that “keep from the hour of testing” really means “keep out of the hour of testing”, because the word “from” translates the Greek preposition ek which really means “out of”. I disagree because while “out of” is a legitimate translation, it is only one amongst several possibilities. ek appears a total of 921 times, which the KJV translates using the following:
• of 366X
• from 181X
• out of 162X
• by 55X
• on 34X
• with 25X
• misc. 98X
Which is the proper translation really depends on the context or syntax. If ek is used as a preposition referring to a place, “out of” is a proper translation. However, if ek is used to qualify time, then “from” is the proper translation. In Rev 3:10 ek qualifies time, so “from” is the better translation, which is what almost all translations have done, despite pretrib commentators’ assertion otherwise.

I therefore conclude that Rev 3:10 means the Lord will guard and keep the church from and through the hour of testing, NOT take it out of the hour. Hope this helps. 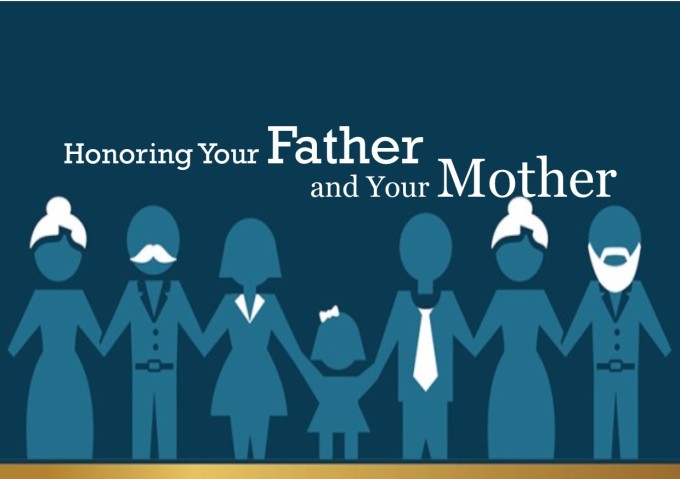 My wife went to the hair-dresser and overheard a conversation that enrages me. Several elderly ladies were sharing how their grown children treated them. One spoke haltingly as she sobbed. She lived with her son and daughter-in-law, who did not treat her well and wanted her to move out. She went to Hong Kong for a month to visit relatives, but upon her return to Toronto found something strange.

She entered her condo apartment and immediately noticed that everything changed. The furniture was different, the drapes were different, even the color of the wall was different. Then a stranger came out of the bedroom and asked who she was and what was she doing here. Surprised, she said “This is my home. I live here! Who are you?” The man said, “No, there must be a mistake! This is my home. I bought this apartment from your son last month. Didn’t he tell you?” The senior lady was stunned and speechless. Her son had not told her anything. He had deserted her and moved, and she didn’t know where to find him.

Another case involved a son and his wife taking his mother to vacation, and disappearing after a few days without a trace. They had abandoned her in a foreign city! What children would do a thing like that? We Chinese pride ourselves as being cultured, doing everything with propriety, and value filial piety above all other virtues (百行孝为先). How then did we degenerate into doing something which even the crude would frown upon?

Perhaps this is a natural consequence when men reject God:
• Rom 1:28-31 And just as they did not see fit to acknowledge God any longer, God gave them over to a depraved mind, to do those things which are not proper, being filled with all unrighteousness, wickedness, greed, evil; full of envy, murder, strife, deceit, malice; they are gossips, slanderers, haters of God, insolent, arrogant, boastful, inventors of evil, disobedient to parents, without understanding, untrustworthy, unloving, unmerciful;

But this happens also to religious people:
• Mt 15:4-6 For God said, ‘HONOR YOUR FATHER AND MOTHER,’ and, ‘HE WHO SPEAKS EVIL OF FATHER OR MOTHER IS TO BE PUT TO DEATH.’ But you say, ‘Whoever says to his father or mother, “Whatever I have that would help you has been given to God,” he is not to honor his father or his mother.’ And by this you invalidated the word of God for the sake of your tradition. (Also Mk 7:10-13)

Or it could be a sign that we’re entering the end times:
• 2 Tim 3:1-4 “in the last days difficult times will come. For men will be lovers of self, lovers of money, boastful, arrogant, revilers, disobedient to parents, ungrateful, unholy, unloving, irreconcilable, malicious gossips, without self-control, brutal, haters of good, treacherous, reckless, conceited, lovers of pleasure rather than lovers of God,”

Whatever the reason, the Bible’s assessment is clear:
• 1 Tim 5:8 But if anyone does not provide for his own, and especially for those of his household, he has denied the faith and is worse than an unbeliever.