Q. Jacob said to Rebekah that if Isaac found out he wasn’t Esau, it would bring a curse to him. Rebekah responded that let the curse be on her. Was there ever a curse on Rebekah in the end?

He did not curse Rebekah either, probably because he loved her (Gen 24:67), and likely knew that she was more aligned with God’s choice of the younger than he was, as he favored the older (Gen 25:28).

Her “curse” came in the form that she never saw her favorite son Jacob again. She thought she was sending Jacob away only a short time – a few days with Laban plus the duration for the return trip:
• Gen 27:43-45 Now therefore, my son, obey my voice, and arise, flee to Haran, to my brother Laban! Stay with him a few days, until your brother’s fury subsides, until your brother’s anger against you subsides and he forgets what you did to him. Then I will send and get you from there.

In fact Jacob stayed with Laban 20 years – 7 years for Leah, 7 years for Rachael, and 6 years for the sheep and goats:
• Gen 31:38 These twenty years I have been with you; your ewes and your female goats have not miscarried, nor have I eaten the rams of your flocks.

By the time Jacob returned, Rebekah already died. She never got to see him again for her trickery. Sin always pays.

Q. Rebekah already knew God would bless Jacob and put all his brothers under him. Why wouldn’t she just tell Isaac instead of using a plot to trick him?

A. Rebekah knew Esau would serve Jacob. At that point she did not know what would God bless Jacob with, nor that he will be master of his brothers (Gen 27:29), that knowledge came later, after Isaac blessed Jacob, not before:
• Gen 25:23 The LORD said to her, “Two nations are in your womb; And two peoples will be separated from your body; And one people shall be stronger than the other; And the older shall serve the younger.”

Gen 25 did not say whether Rebekah told Isaac what the Lord said to her. I can only assume that she probably did, having received an important revelation from God, but the text did not state that explicitly.

She resorted to a trick because she, like her husband, was playing favorites, and knew that Isaac preferred Esau:
• Gen 25:28 Now Isaac loved Esau, because he had a taste for game, but Rebekah loved Jacob.

Like her mother-in-law Sarai, Rebekah took matters into her own hands, which caused more problems than good:
• Gen 16:2 So Sarai said to Abram, “Now behold, the LORD has prevented me from bearing children. Please go in to my maid; perhaps I will obtain children through her.” And Abram listened to the voice of Sarai.

Scripture is very truthful in recording the strengths and weaknesses of biblical characters. That’s why we believe it is reliable and trustworthy. 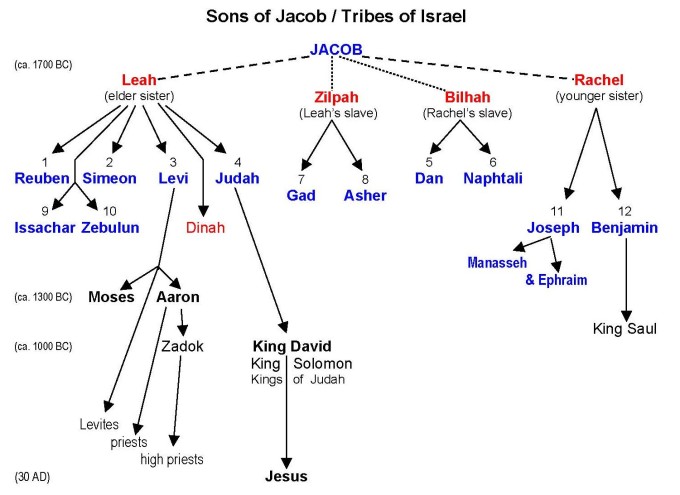