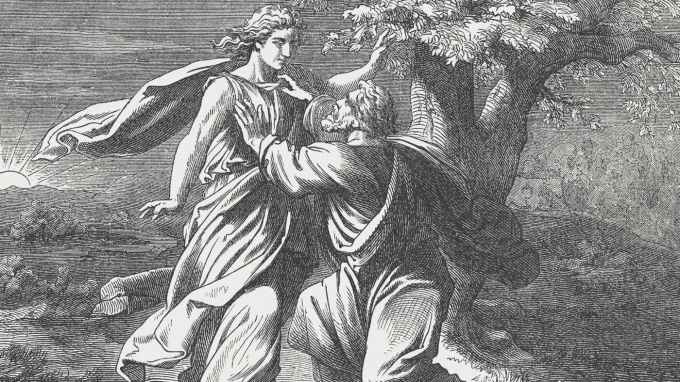 Q. In Genesis 32 Jacob wrestled with a man and asked him to bless him, and he changed his name from Jacob to Israel. Who is he? What does it mean?

A. Skeptics laugh at the Bible claiming it is full of contradictions e.g.
• V 24-25 Then Jacob was left alone, and a man wrestled with him until daybreak. When he saw that he had not prevailed against him, he touched the socket of his thigh; so the socket of Jacob’s thigh was dislocated while he wrestled with him.
• V 30 So Jacob named the place Peniel, for he said, “I have seen God face to face, yet my life has been preserved.”
They say Jacob obviously wrestled with a man according to v 24, for how else can God not prevail against him. But in fact they do not understand and presupposed many wrong ideas.

First let’s observe what the passage said:
• V 26 Then he said, “Let me go, for the dawn is breaking.” But he said, “I will not let you go unless you bless me.”
• V 28 He said, “Your name shall no longer be Jacob, but Israel; for you have striven with God and with men and have prevailed.”
Jacob obviously knew that his opponent was someone higher than him, for he asked Him to bless him, buy probably did not know His identity until His self-disclosure in v 28, after which he realized that He was God. But didn’t the Bible say no one has seen God? Yes, in:
• Jn 1:18 No one has seen God at any time; the only begotten God who is in the bosom of the Father, He has explained Him.
• Jn 6:46 Not that anyone has seen the Father, except the One who is from God; He has seen the Father.
No one has seen God the Father at any time. Who Jacob saw was God the Son, the only begotten God, the One who is from the Father, the pre-incarnate Jesus Christ, and He allowed Jacob to prevail against Him in order to bless him. There is no contradiction. Skeptics do not know God, and presumed the Bible to be wrong, when actually they are the ones who are in error.