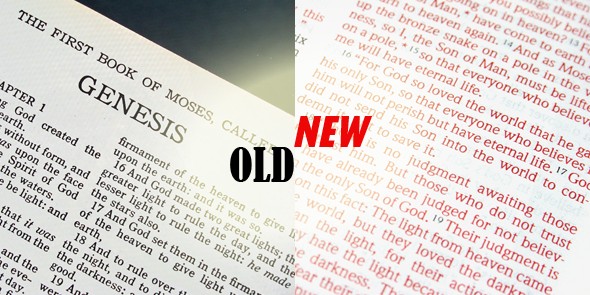 Q. The OT teaches that the righteous are rewarded with good, those who obey are not only rich spiritually, but receive physical blessings (riches, long lives, safety from enemies etc.) on earth. The NT teaches that those who follow Jesus will have sufferings on earth, even though it is eventually for their good and help them to be more Christ like. Why is there this difference in teaching?

A. Your observations are valid, but not the complete picture:

New Testament:
• Mk 10:30 but that he will receive a hundred times as much now in the present age, houses and brothers and sisters and mothers and children and farms, along with persecutions; and in the age to come, eternal life.
• 2 Tim 3:12 Indeed, all who desire to live godly in Christ Jesus will be persecuted.
• 1 Pet 3:14 But even if you should suffer for the sake of righteousness, you are blessed. …

That’s part of the teaching. But in fact there is continuity between the Old and the New Testament. OT saints who remained righteous also suffered on earth e.g.
• Joseph, Gen 40:15 For I was in fact kidnapped from the land of the Hebrews, and even here I have done nothing that they should have put me into the dungeon.”
• Job, Job 2:3 … For there is no one like him on the earth, a blameless and upright man fearing God and turning away from evil. And he still holds fast his integrity, although you incited Me against him to ruin him without cause.”
• Jeremiah, Jer 15:15 You who know, O LORD, Remember me, take notice of me, And take vengeance for me on my persecutors. Do not, in view of Your patience, take me away; Know that for Your sake I endure reproach.

And Jesus came to fulfill the Law, not abolish it:
• Mt 5:17-18 “Do not think that I came to abolish the Law or the Prophets; I did not come to abolish but to fulfill. For truly I say to you, until heaven and earth pass away, not the smallest letter or stroke shall pass from the Law until all is accomplished.

So why the difference in emphasis? I think it has to do with progressive revelation, teaching only as much as the student is able to learn, which is good pedagogy. For example:
• Ex 13:17 Now when Pharaoh had let the people go, God did not lead them by the way of the land of the Philistines, even though it was near; for God said, “The people might change their minds when they see war, and return to Egypt.”
• Ex 23:28-30 I will send hornets ahead of you so that they will drive out the Hivites, the Canaanites, and the Hittites before you. I will not drive them out before you in a single year, that the land may not become desolate and the beasts of the field become too numerous for you. I will drive them out before you little by little, until you become fruitful and take possession of the land.

So even on a small-scale God took the condition of His people into account, how much they were able to absorb and bear. Just as parents hope their children will be well-educated, they don’t teach kindergarten children university courses right away, because they can’t take them in. but gradually through elementary and secondary school, allowing them to mature. In NT times, after several thousand years of showing how God deals with man and what He expects from him, it was time to give him solid food and not just milk, because now he is able to receive it (1 Co 3:1-2, Heb 5:12). It’s time to move on from being infants to become spiritual men, hence the change in emphasis. The teachings were already present in the OT, just not as explicit as in the NT.

Q. How would God judge those who have never heard of the gospel before they died, or those who cannot comprehend i.e. infants, mentally incapable people?

A. When you’ve answered hundreds of Bible questions over the last decade, some of the same queries are bound to be raised by other inquirers. The one above is usually expressed in one of the following forms:
• What about the heathen? Those who have not heard the gospel. God did not give them a chance. It’s not fair if He sends them to hell.
• What about babies who died in infancy? They’re innocent! They haven’t done anything wrong. God wouldn’t send them to hell, would He?

There is a concept in theology called the “age of accountability“. The term is not found in the Bible, but refers to the age when a child understands the implications of his actions and becomes responsible for their consequences. The Jews take this to be age 13, the “bar mitzvah” for boys when they become “sons of commandment” accountable for their actions. Obviously, each child matures differently. Some understand right from wrong, good and evil, as young as three or even two. Personally I believe there is no fixed age. God knows the heart. He knows when a child is “ready” or not to understand the gospel, and judges accordingly. But we don’t know, so it is the responsibility of the parents to teach their children the gospel at an early age to establish their relationship with the Lord.

My second comment concerns the mentally challenged. I assume you are referring to those born that way, not those who became incompetent as a result of an accident or illness and had prior chances to accept or reject the gospel. Again, there is no defined “intelligent quotient” (IQ) below which a person could not understand the gospel. Most individuals with Down syndrome (DS) have mild (IQ 50-70) or moderate (IQ 35-50) mental disability. The average IQ of a young adult with DS is 50, equivalent to the mental age of an 8-9 year-old child. They can understand the gospel. I would say the same reasoning for the age of accountability applies to those with low IQ. God knows whether they are capable of understanding the gospel or not. He is always fair.

Don’t worry about those too young or too disabled to understand. Worry about those who can understand but are rejecting the Lord because of pride or other reasons. Pray and reach out to them before it’s too late.