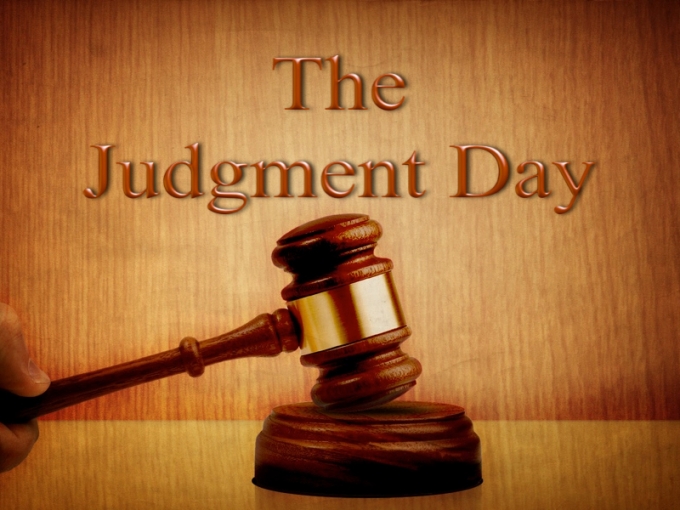 Q. I’ve known “Christians” whose behaviors do not measure up to what I expect of true believers. Are they saved? How will God judge?

I believe the key test of whether a person is truly saved is fruitfulness. The Lord expected fruit from the Jews:
• Lk 13:6-7 And He began telling this parable: “A man had a fig tree which had been planted in his vineyard; and he came looking for fruit on it and did not find any. And he said to the vineyard-keeper, ‘Behold, for three years I have come looking for fruit on this fig tree without finding any. Cut it down! Why does it even use up the ground?’

And He expected it of His servants:
• Mt 25:26-27 “But his master answered and said to him, ‘You wicked, lazy slave, you knew that I reap where I did not sow and gather where I scattered no seed. Then you ought to have put my money in the bank, and on my arrival I would have received my money back with interest.

However, unlike those who hold to “once saved always saved“, I do not believe one act of obedience once in a person’s life guarantees his/her salvation. Nor do I believe one act of disobedience cuts a person off from God’s grace, as the God of the Bible is:
• Ex 34:6 The LORD, the LORD God, compassionate and gracious, slow to anger, and abounding in loving-kindness and truth;
God is a God of second chances, proven time and again throughout the Bible, but there is a limit and we should not presume on His forbearance.

As I explained in the article on “Principles of Judgment“, I believe God’s judgment is cumulative and based on obedience. That is, God looks at everything in the individual’s lifetime to determine whether he/she is truly obedient. Everything will be taken into account. Nothing will be overlooked. That’s why only God can judge whether your friend is a true believer or not, because only He knows all the thoughts, circumstances, considerations the person went through in acting the way he/she did. We see only the surface, like the tip of the iceberg, and are in no position to judge our fellow-men.

That’s why I believe it is the whole pattern of one’s life, not just single acts, that determine whether he lives or dies. God assesses all at the end, taking the beginning, the end, and everything in between into consideration. He bases everything on truth, according to what was done, and does not play favorites. That’s why He is fair and every mouth will be stopped.

One last thing. According to Jesus, our concern should be whether we are following Jesus, not what will happen to others, as all of us will have to give an account of ourselves to God.
• Jn 21:21-22 So Peter seeing him said to Jesus, “Lord, and what about this man?” Jesus said to him, “If I want him to remain until I come, what is that to you? You follow Me!”
• Rom 14:4 Who are you to judge the servant of another? To his own master he stands or falls; and he will stand, for the Lord is able to make him stand.
• Rom 14:12 So then each one of us will give an account of himself to God.
So focus on your own discipleship. Don’t to nosy about what happens to others except to help them. 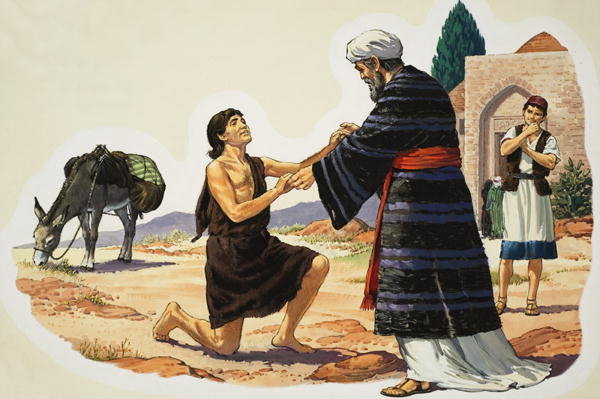 Q. In the parable of the Prodigal Son I understand the father forgiving his younger son and showing him grace. But what about the older brother? The parable left us hanging without knowing what happened in the end. What’s your view?

A. First, let’s look at the context:
• Lk 15:1-2 Now all the tax collectors and the sinners were coming near Him to listen to Him. Both the Pharisees and the scribes began to grumble, saying, “This man receives sinners and eats with them.”
Jesus responded by telling them three parables: the lost sheep, the lost coin, and the lost son. So from the context we know that the Prodigal Son has to do with correcting the Pharisees and scribes for not receiving sinners.

Secondly, let’s examine the text to see what it says about the older brother. He was mentioned in passing in Lk 15:11, but became the focus of attention in v 25-32. Taking everything at face value, my observations are as follows:

His Positive Traits:
• Hardworking v 25 his older son was in the field, presumably working
• Obedient v 29 For so many years I have been serving you and I have never neglected a command of yours
• Loyal v 31 you have always been with me
These are commendable qualities.

His Negative Characteristics:
• Angry v 28 he became angry, first with his brother
• Bears grudge v 28 was not willing to go in
• Self-righteous v 29 For so many years I have been serving you and I have never neglected a command of yours
• Jealous in comparing himself to others v 29 yet you have never given me a young goat
• Unforgiving; no love for his brother v 30 this son of yours vs. his father’s v 32 this brother of yours. His brother means less to him than celebrating with his friends.
• Angry with father v 30 you killed the fattened calf for him.
The negatives tell where his heart was, and far outweigh the positives which looked so good on the surface.

Now my interpretation:
• It is quite obvious that in the parable the father represents God, the older brother the Pharisees and scribes, and the younger brother the tax collectors and sinners.
• The attitude of the two sons are mirrored in the parable of the Pharisee and Publican in Lk 18:9-14.
• The older brother is self-righteous and looked down on his younger brother – Lk 18:9, 11-12 And He also told this parable to some people who trusted in themselves that they were righteous, and viewed others with contempt … The Pharisee stood and was praying this to himself: ‘God, I thank You that I am not like other people: swindlers, unjust, adulterers, or even like this tax collector. I fast twice a week; I pay tithes of all that I get.’ Compare his “I serve”, “I never neglect”. He was angry even with his father, who did everything graciously (see below) and represented the perfect Heavenly Father.
• The younger brother is truly repentant – Lk 18:13 But the tax collector, standing some distance away, was even unwilling to lift up his eyes to heaven, but was beating his breast, saying, ‘God, be merciful to me, the sinner!’ Compare Lk 15:18-19 Father, I have sinned against heaven, and in your sight; I am no longer worthy to be called your son; make me as one of your hired men. (Also v 21) He was justified rather than his brother. (Compare Lk 18:14)
• The parable of the Prodigal Son is open-ended because Jesus wanted the Pharisees and scribes to learn to be like the Father, compassionate (v 20), forgiving (v 22), joyful when his child repents (v 23-24, 32), reaching out even to self-righteous sinners (v 28 pleading), generous (v 31 all that is mine is yours), but He left the choice to them. He will not impose His will on them, even though it’s for their own good.

Lastly, application:
• Who do you identify with in the parable? Do you see yourself as the prodigal son, a sinner not worthy to be called the Father’s child, but grateful for the grace bestowed on you?
• Or do you see yourself as the older brother, trusting in your good deeds and even faulting the Father for being too kind to sinners, not realizing that the very thing you are proud of is what disqualifies you from being justified.
• A few may identify with the father in the parable, in which case “Congratulations!” You have learned to see the world through your Father’s eyes and feel through His heart. He loves His children and welcomes them anytime they repent. Hope we all learn that.