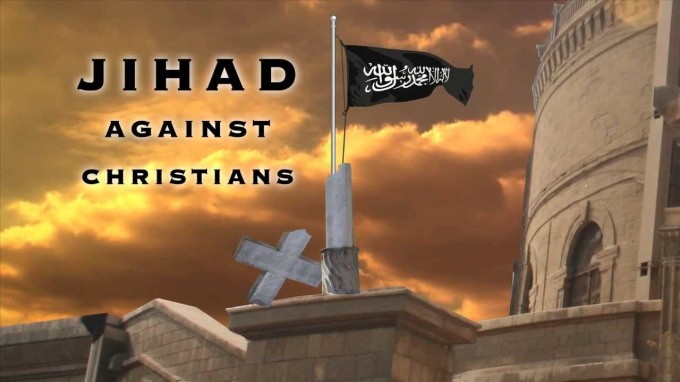 Q. This is a true story from the YouTube. The jihadists told a Christian to denounce his faith or watch his wife getting raped. He killed himself. I don’t think he would have killed himself if the jihadists threatened to kill his wife instead. They may just kill his wife after his suicide instead of raping her. Where would his soul go? Both denying Jesus and killing are sins. I don’t see any way out.

A. Some accept what the jihadists say at face value, that if the Christian denounce his faith then his wife won’t be raped. Others are less trusting and assume the worst based on what the jihadists had done in the past, that they would coerce the Christian to apostatize, rape his wife, then kill them both. You can speculate the outcome; my opinion is that the latter is more likely.

I don’t know why the Christian killed himself, possibly because he made up his mind not to renounce Christ, but could not bear to see his wife raped before his eyes. He believed that to apostatize is worse than death, therefore he committed suicide.
• Heb 10:26-29 For if we go on sinning deliberately after receiving the knowledge of the truth, there no longer remains a sacrifice for sins, but a fearful expectation of judgment, and a fury of fire that will consume the adversaries. Anyone who has set aside the law of Moses dies without mercy on the evidence of two or three witnesses. How much worse punishment, do you think, will be deserved by the one who has trampled underfoot the Son of God, and has profaned the blood of the covenant by which he was sanctified, and has outraged the Spirit of grace?

I have written on Christian suicide before and refer you to my previous post:
https://raykliu.wordpress.com/2012/11/21/where-does-a-christian-who-commits-suicide-go/

Where would his soul go? Since he decided that he would rather die than renounce Christ, he is not an apostate. He has not blasphemed against the Holy Spirit and committed the unpardonable sin. Although he committed suicide or self-murder, he was compelled to do so under threat of violation to his wife. It is forgivable. Therefore my opinion is that he went to be with Christ.