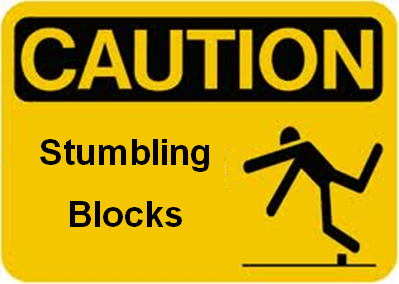 Synonymous terms include lawlessness, and immorality:
• Mt 13:41 The Son of Man will send forth His angels, and they will gather out of His kingdom all stumbling blocks, and those who commit lawlessness,
• Rev 2:14 But I have a few things against you, because you have there some who hold the teaching of Balaam, who kept teaching Balak to put a stumbling block before the sons of Israel, to eat things sacrificed to idols and to commit acts of immorality.

So the Jews stumbled over their own idolatry and iniquity, which separated them from God:
• Isa 59:2 But your iniquities have separated you from your God; your sins have hidden His face from you, so that He will not hear.